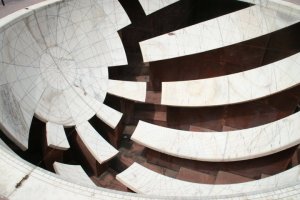 Celeste and Jesse are childhood friends who married young and are now in the throes of a divorce.  They try to maintain their increasingly bizarre and destructive relationship while pursuing other people.

Some things are obviously bad for you: Dan Brown’s latest page burner (the something man did something adverbly).  Others are more subtle, such as juggling chainsaws or wrestling grizzly bears.

Standing in a lift at work with a man making eyes at himself in the mirror might also count; one is, after all, witness to a burgeoning romance with a distinctly sexual undertone.  And on a personal note, I hope that that particular gentleman waits until he’s alone to consummate said relationship.

Talk of love and all its associated bodily fluids leads us in a dark, degenerate direction.  I refer of course to the romantic comedy.  A once-decent genre that gave us the likes of The Apartment and When Harry met Sally has become…well:

Blank-eyed mannequin has single obnoxious trait and unfeasibly large apartment as a result of an unlikely career path.  Meets blank-eyed mannequin of the opposite sex with equally unrealistic lifestyle.  They speak at cross purposes, maybe taking an instant dislike to one another.

But they’re equivalently attractive so nature takes its course.  There is a sub-plot involving their two best friends, both of whom are slightly less good-looking but likewise equivalent to one another.  ‘Without warning’, a heavily foreshadowed obstacle crops up that derails the young romance.  Then there’s a third act set piece, probably involving an airport or train station, one of the mannequins does a call back to the obnoxious trait and they all live happily ever after.

If the two best friends haven’t done so already, they get together during the credits.

Or as Matthew McConaughey puts it, ‘bullshit’.  And Kate Hudson instantly melts.  Don’t pretend you didn’t get the reference.  Or that you didn’t have to wipe away a tear at the memory.

Sometimes a movie comes along that aims at subverting the clichés of the form, largely by playing up to them. It’s called having your cake and eating it ironically.

Celeste and Jesse Forever is one of these movies – he’s an aimless artist archetype (ie a manchild who can doodle), she’s a media trend analyst, whatever one of those is.  But get this: the movie opens with them in the throes of a divorce.

Rashida Jones (Celeste) and Andy Samberg (Jesse) are both charming performers who share an easy chemistry onscreen.  Unfortunately they’re saddled with distinctly charmless characters – Celeste considers herself to be mature and sensible, when in fact she’s selfish and impulsive, content to ditch Jesse for not matching up to her requirements until he shacks up with another woman. At which point she suffers from wantwhatyoucan’thaveitis.  For his part, Jesse is weak and lazy – he takes up veganism at the behest of his new girlfriend but the film seems unsure as to whether this is indicative of him growing as a person and embracing much-needed change or whether he’s just adopting the lifestyle of his new squeeze for an easier life.

Things happen suddenly and without warning – a pregnancy that serves the plot but further obscures the film’s attitude to its protagonists.  Elijah Wood appears as the gay friend who’s trying (awkwardly) to emulate the stereotypical gay best friend beloved of lazy writers.  As a critique that’s fair enough, but as a character it makes for a hazy attempt at satire and a distinctly uncomfortable performer.  Elijah Wood can do comedy – he’s excellent in TV series Wilfred for example – but he’s better as the straight man rather than comic relief.

Emma Roberts plays a caricature of the spoilt starlet, rather than a character in her own right.  Her function is to show Celeste up for her arrogance (Celeste assumes her to be vapid and ill-informed, even though they, like, totally dig the same artist) then perform an abrupt about-turn and become Celeste’s bestie, helping her come to terms with Jesse moving on with his life.

As for the various love interests – the movie’s not particularly fussed and seems content to rifle through previous rom-coms for cast-offs – the focused grown-up man Celeste thinks she wants after initially disliking him, the free spirit earth goddess Jesse rebounds with falls for; the divorced man who’s a little further down the road.

Because really this movie is about Celeste and her changing feelings about her relationship with Jesse.

Between the snarky riffs on genre tropes and sudden plot developments it’s all a little disjointed, like Frankenstein’s agony aunt responding to every rom-com heroine who realised post-credits that maybe love requires a little more than a frou frou speech on a bridge.

Andy Samberg is a comic actor rather than a pure breed, and the cast’s other notable performers are Ari Graynor, fresh from similarly lightweight/bittersweet dramedy 10 Years and Eric Christian Olsen, of Not Another Teen Movie fame.

Damning with faint praise it may be, but they all make for a likeable group of people (albeit playing douchebags), while Rashida Jones takes on the dramatic heavy lifting, playing a deeply flawed character gradually gaining some awareness of those flaws.  Jones is the movie’s greatest asset by far, revealing a range and dramatic heft you wouldn’t usually associate with an actor best known for TV comedy.

But then maybe that was the point all along, given that she co-wrote the script with Will McCormack (who gets a small role as mutual friend).

The director Lee Toland Krieger (The Vicious Kind) lends an indie credibility to the film. He uses a well-defined colour palette and some lighting effects oddly reminiscent of Bladerunner to create a picture that is far more appealing than the genre’s tired norms.  Definitely a career to watch.

And that’s probably the conclusion I’d draw from Celeste and Jesse Forever – there’s plenty of talent on display here, but it’s a movie as showcase for talent.  A good enough movie rather than a good one: you’ll enjoy it while it lasts but probably not enough to watch it again.  Just like any other rom-com.

As a subversion of the genre it clings a little too keenly to the conventions, it mocks them while milking them for all their worth; it protests a little too much to be anything but what it is.

You just enjoyed a rom-com.  Don’t worry; I won’t tell your friends.

5 thoughts on “Subverting the RomCom: Celeste and Jesse Forever”